The Bibles of Colonial America 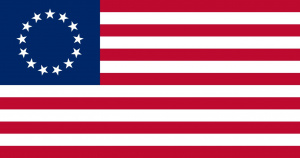 While the printing of Bibles had begun in Europe by the mid 1400’s, and English language Bibles were being likewise produced in Europe by the early 1500’s; there were no books printed in America during these centuries. The “New World” of America was still a rugged wilderness of very few European settlers, who were much more concerned with surviving, finding food, and protecting themselves from the natives, than the lofty goal of establishing printing presses in their new home. In fact, it was not until 1640 that the first book was printed in America: The Massachusetts Bay Psalm Book.

It was quite late in Colonial American history when the first English language Bible was printed in America, 1782 to be exact. Prior to this, English language Bibles were often available in the colonies, but they had to be imported from England. Not only was it financially more feasible to import English language Bibles rather than produce them, but there was also the legal issue of the fact that the “King James Version” of the Bible was still arguably the “copyright” of the English Crown, since “public domain” laws were not yet commonplace. Still, demand for Bibles was exceeding supply, particularly since England was keeping an import-export embargo against the rebellious colonists due to the Revolutionary War. American pride and independence was also on the line.

The Mysterious Three Bibles of Boston

Isaiah Thomas claims in his 1810 book “The History of Printing in America”, that Gamaliel Rogers and Daniel Fowle (associates of the man under whom Thomas had done his printing apprenticeship) actually printed about 2,000 copies of an English language New Testament in Boston, Massachusetts as early as around 1750. He says that the title page falsely claims it was printed in London, rather than Boston, to avoid being fined by the English Crown. Scholars today, however, believe that Thomas was mistaken in his claim, because not a single copy of this alleged printing has ever been discovered.

Next, Thomas also tells of a New Testament, and subsequently a whole Bible, supposedly printed by the press of Kneeland and Green in Boston, in a press run that “did not exceed seven or eight hundred copies”, around the year 1752, with a second edition in 1761. Once again, however, there is no evidence that these alleged printings ever actually happened. One copy was recorded as being auctioned in 1902, but after being examined in 1919 by Dr. Charles Nichols of the American Antiquarian Society, it was determined to be a fraud… actually printed in London, and with its date altered.

Finally, on December 7, 1770, an advertisement ran in the “Massachusetts Gazette” by John Fleeming of Boston. It offered “The First Bible ever printed in America in two folio volumes, with annotations by the Rev. Samuel Clark.” Printing was to commence as soon as the first 300 copies could be pre-sold to provide funding. For reasons that are still a mystery, he was not able to obtain the required advance orders, and the work was never begun.

Robert Aitken had immigrated from Dalkeith in Scotland in 1769 to settle in Philadelphia, Pennsylvania. There, he opened a bookshop and also began publication of “The Pennsylvania Magazine” to which Thomas Paine often contributed. By 1776, Robert Aitken was the official printer of the Journals of Congress for the United States Congress. Aitken was a bold patriot, and it disturbed him greatly to see his country without copies of the scripture. In 1771, he produced the first English language New Testament printed in America. It was eagerly received, and went through a second edition printing in 1778, a third in 1779, a fourth in 1780, and a fifth in 1781.

On January 21, 1781, Robert Aitken petitioned the Unites States Congress to authorize, and if possible even fund, the printing of a complete Bible in the English language of the King James Version. On September 10, 1782, Aitken received authorization from the United States Congress to commence his American printing of the Bible in English. This is the only instance in history of the U.S. Congress authorizing the printing of a Bible. In subsequent years, that session was often mockingly referred to as “The Bible Congress.” Thus, in 1782, Robert Aitken produced the first English language Bible printed in America. In 1783, George Washington wrote a letter commending Robert Aitken for his Bible. The Robert Aitken Bible is known as the “Bible of the American Revolution” and it remains the most rare and valuable of early American English Bibles.

Matthew Carey was a journalist in Ireland who attacked the English government for persecution of Irish Catholics. After being apprehended and serving a one month jail sentence, he fled England and arrived in America in 1784. Five years later, he announced plans to publish a Roman Catholic Douay-Rheims Version English Bible, if he could secure 400 pre-paid subscribers. He secured 471, and on December 1, 1790 delivered it to his subscribers. As there was very little demand for Roman Catholic scriptures in colonial America, it is unlikely that more than about 500 copies of the Matthew Carey Bible were ever printed, making it quite rare today. It is the first non-King James version English Bible printed in America.

Also in 1790, Philadelphia printer William Young produced a press-run of likely not more than a few hundred copies of a very small coat-pocket sized King James Version Bible. This was the first American Bible to be printed together with a Psalter. It was marketed as a “school edition” for students. William Young’s Bible is also unspeakably rare today.

Isaac Collins was a Quaker and a native of Delaware. He later moved to Trenton, New Jersey, where he was a printer for the State of New Jersey. In 1779, Isaac Collins printed an English language (KJV) New Testament in Trenton. In 1789, Collins announced his proposal to publish the entire Bible (KJV) if he could obtain a 25% deposit from at least 3,000 subscribers. By 1791, he had produced 5,000 copies of the first Bible printed in New Jersey. Due to its fairly large size and clear type, unlike all the small coat-pocket American Bibles and New Testaments that had come before it, the 1791 Isaac Collins Bible became known as the first “Family Bible” printed in America.

Collins boldly omitted the dedication to King James, stating in the preface that, “the Dedication of the English translation of the Bible to King James the First of England seems to be wholly unnecessary for the purposes of edification, and perhaps on some accounts improper to be continued in an American edition.” The Isaac Collins Bible was also famous for its amazing level of textual accuracy. Collins claimed to have had his children proof-read the entire text through eleven times. After printing, the only errors found in the entire Bible were a broken letter and a punctuation mark! The 1791 Isaac Collins Bible served as the standard of excellence and the prototype for many American Bibles for the next 110 years. Though 5,000 copies were originally printed, fewer than 100 are known to exist today.

Isaiah Thomas was one of the most successful printers in Colonial America. He published a newspaper called “The Massachusetts Spy” in which he supported the cause of the colonists. During the Revolutionary War, Thomas moved his presses to Worcester, Massachusetts. There, in 1791, Isaiah Thomas published the first illustrated Bibles printed in America. (Many historians believe that his production was completed just days after Isaac Collins completed his Bibles that same year). Thomas produced his 1791 Bibles (KJV) in two forms: a large folio of two volumes, and a smaller but still quite large, royal quarto of one volume.

One very curious thing about the Bibles of Isaiah Thomas, is that although they are technically the first illustrated Bibles printed in America, with 50 large copperplate engravings, it is very rare to find a copy that has any engravings (illustrations) at all! This is most likely because the “optional” engravings doubled the cost of the Bible, and most people could only afford the version without illustrations. In addition to offering the Bible without the engravings, Thomas further attempted to assist his customers by offering to accept up to half the price in the form of “wheat, rye, corn, butter, or pork.” While any printing of the 1791 Isaiah Thomas Bible is quite rare and valuable; those with engravings are extraordinarily rare and expensive today.
Jacob Berriman & John Thompson
In 1796, Jacob Berriman of Philadelphia published what may be called the first “single volume illustrated tall folio” (KJV) Bible printed in America. Long prized by collectors of Colonial American Bibles, this printing features excellent examples of the work done by several American engravers of the 1700’s. It is a work of exceptional beauty.

In November of 1798, John Thompson, also of Philadelphia, produced the first Bible ever to be “hot-pressed” in America (KJV). This printing technique helped to sear the ink clearly into the paper with heat. It was a huge pulpit folio, printed in two volumes… the largest Bible printed in America up until that time. The Thompson Hot-Press Bible remains an extremely rare collectors’ item.

The publisher he found was the daughter of the famous Robert Aitken, who had produced the first English Bible printed in America in 1782. Her name was Jane Aitken. On September 12, 1808, in Philadelphia, Jane Aitken published Charles Thomson’s translation of the Bible into modern English in four volumes, making her the first woman to ever print a Bible, and the first publisher of a modern-English Bible since the King James version of two centuries earlier.

As America entered the 1800’s, there were many more Biblical printing milestones, including: